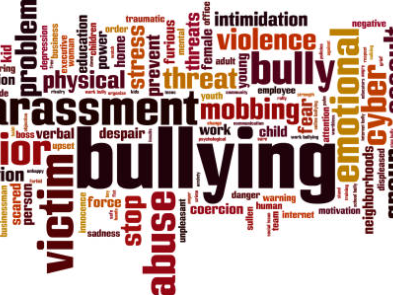 5 subtle signs of bullying and harassment in the workplace

5 subtle signs of bullying and harassment in the workplace

Since October 2021 is mental health month, I’d like to talk about one of the most common forms of mental anguish in the workplace – bullying and harassment.

To be more specific, many business owners and managers might be engaging in bullying/harassing behaviours without even knowing they are doing so.

How is bullying defined?

According to the Workplace Bullying Institute, bullying is defined as repeated health-harming mistreatment of one or more persons by one or more perpetrators.  Health-harming behaviours can be in the form of: verbal abuse, offensive conduct which can be threatening, humiliating or intimidating as well as sabotage which prevents work from getting done.

And according to the Workplace Bullying and Trauma Institute, the health consequences of bullying are damaging and, in some cases, long lasting, including:

What is NOT bullying behaviour?

However, any reasonable management action that is carried out in a reasonable way is NOT bullying, such as:

In general, a vast majority of business have an inclusive and bully-free work culture thanks to proactive management and policies that are in place to provide guidance.

However, despite a positive work culture and policies & procedures, as a business owner, manager, or line supervisor you may be acting/behaving in ways that could lend themselves to bullying.

In other words, your workplace could be displaying very subtle signs of bullying without even knowing about it.

While the following list of subtle behaviours in isolation may not lend themselves to overt bullying, if displayed consistently over time, then a pattern would emerge indicative of workplace bullying.

Ignoring, avoiding, or not paying attention to someone; “forgetting” to invite someone to a meeting; selectively greeting or interacting with others.

Excluding someone or making them feel socially or physically isolated from a group; purposefully excluding someone from decisions, conversations, and work-related events

Constantly justifying or defending your behaviour or making excuses for acting in a particular manner.

Trying to establish scorecards of best (and not best) performing employees – naming and shaming to promote internal competition.

Taking or even stealing credit for other people’s ideas and contributions without acknowledging them – there have been so many instances of line managers and even co-workers promoting an idea to their bosses which were not their own.

There are many other subtle forms of bulling behaviours which over time can and will form a pattern of systemic bullying.

The key point here is that while each of the above in isolation or less frequently displayed can be written off as a one-off, if however, you find yourself repeating them, then you are possibly skating very close to the threshold of bullying behaviour.

Positive mental health, not only in the workplace, is now a mainstream discussion point, rather than being hidden in darkness or ignored.

If  you’d like an audit of your workplace or any help with developing meaning and relevant policies to address toxic workplace behaviours, contact Recruitment Australia on (02) 9634 5912.

0 Comments
WHS Risk Assessment – working from home vs office – what’s the difference? The photo above is me working from... Read More →

0 Comments
Are you burning out your employees? There has been much spoken and written about The Great Resignation,  the economic trend... Read More →